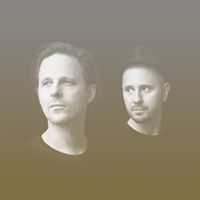 Berlin-based duo Booka Shade (Walter Merziger and Arno Kammermeier) have carved out a reputation as one of the most celebrated electronic acts to come out of Europe over the past two decades.

Their next album, 'More!' (2010), was released on Cooperative Music. Tracks such as ‘Night Falls’, ‘Mandarine Girl’ and ‘In White Rooms’ became crossover hits and arguably their biggest hit ‘Body Language’ which is sung by festival goers the world over and was also used as a sample by will.i.am in ‘Get Your Money’ in 2007.

Booka Shade have earned a huge live reputation with their substantial and innovative live shows and in 2010 were named by Resident Advisor as one of the world’s Top 5 live acts. In the last couple of years they have opened for Depeche Mode at the first show of their world tour in Tel Aviv, headlined the Gobi Stage at Coachella and played to sold out audiences across Europe. In 2012, they were hand picked by BBC Radio 1’s Pete Tong to mix his annual ‘All Gone Ibiza’ compilation. Recent DJ appearances include the Space Ibiza opening party, and a range of U.S festivals including the Electric Daisy Carnival in Las Vegas.

The Berlin pair have become highly sought after remixers, lending their magic touch to artists such as Gorgon City, Depeche Mode, Moby, Yello, Hot Chip, Kings Of Leon, Tiga, and The Knife.

Booka Shade’s music absorbs influences from all genres: classical, rock, jazz, film score, which has arguably contributed to their wide appeal. Their impressive contribution to electronic music across so many genres since 2004's ‘Memento’ has seen them become dance music pioneers.

Underneath a new moniker Booka Shade presents: Yaruba, the two producers have created an EP that appeals to their underground club roots. They explain, “YARUBA represents the dark, clubby side of Booka Shade. Black Cow is a track we´ve been playing with great response in our DJ sets since last September, and kept refining the sound design"

20 years, dozens of EP’s and 6 albums later, Booka Shade have become more than a household name, synonymous with the spirit which drives electronic music and setting a precedent to which electronic music is still judged by today. They continue to pioneer and redefine the boundaries of music in their Berlin studio whilst touring their live production internationally.