Artist
5 videos
After developing a more focused interest in house and techno, Joris invested in the versatile MC-303 Groovebox and began to experiment with synth sounds and drumloops.
Joris Voorn is a record producer and Dj from Rotterdam, Netherlands. Raised in a musical family, music naturally became an intrinsic part of Voorn's life from an early age. Electronic music first caught his attention in the mid-90's, and he started DJ'ing in 1997.
By the end of 2000 Joris began building a small studio to produce his own music, which led to his first release called 'muted trax pt.1' on Keynote. His first EP was massive success, filling the record boxes of Carl Craig,
Laurent Garnier, DJ Rush and Technasia. In 2003 'Lost memories Pt.1' was released on Technasia's SINO label and was followed by 'Lost memories Pt.2' containing the anthem 'Incident' which was heard on dancefloors around the world.
After the success of 'Incident', Voorn released his debut cd album called 'Future History' on the Sino label.
Encompassing 3 years of ideas and inspiration, the cd contains 20 diverse tracks, a seamless soundscape that represents his arrival as one of the most relevant techno producers of this time.
In the summer of 2005 Joris Voorn's new personal outlet called 'green' saw the light of day. 'A dedicated mind' was released as the first EP, which garnered success globally. He also completed his debut DJ mix CD for the Fuse club in Belgium. After Dave Clarke, DJ Hell and Technasia, Fuse presented Joris Voorn to mix part 4 of their international resident's dj mix albums. The mix contained over 40 tracks of timeless techno music mixed with the help of Ableton Live for its endless mixing and editing possibilities.
In 2006 the sophomore release under Voorn's Green label, named 'MPX_309', was a crossover techno work that was played out by techno, minimal, house and trance DJs. During the same year Voorn created his second album, released worldwide in June 2007. This new piece of work called 'From a deep place' featured many different styles of electronic music, ranging from atmospheric interludes to broken beats, house and deep soulful techno.
The focus point of the 'From a deep place' CD has been the listener rather than the dancer and was received enthusiastically by the electronic music community. Some of the works were edited to more dj friendly tracks for the vinyl release of the album. During the summer of 2007 Joris has been touring with his new live performance in support of his album release.
More recently, Joris has been focusing on collaborative efforts producing remixes for respected and diverse artists such as Robert Babicz, Nic Fanciulli, Slam, Steve Angello, Sebo K and Jerome Sydenham. The 'Dark Flower Magnolia Mix' for Robert Babicz turned out to be another summer anthem in electronic dance music, and was a favourite of DJ's like Sven Vath, Dubfire, Pete Tong and John Digweed among many others.
In 2008, following the success of his resident advisor podcast, Joris was invited to produce episode 14 of the Balance DJ mix CD series from Australia. Following in the footsteps of James Holden and Lee Burridge, Joris constructed a layered and seamless mix of electronic dance music on a double CD. An epic mix in the very best sense of the word, Balance 014 achieves the rare feat of combining variety and consistency, making it perfect for trainspotters and dancers alike. The tracks change quickly and quietly, but the groove stays. An accompanying world tour will follow where Joris will bring the essence of this studio project to the stage, using all different elements of the mix into a full range club experience.
Having established himself as a leading producer and DJ, Joris will be embarking on a new project called 'A green night'. Inspired by his surroundings, which is never limited to the dancefloor, Joris and his team will be creating a night in several festivals and clubs, exploring the possibilities of combining music and visual arts. This year the project will be developed, tested and finetuned in selected clubs.
As a DJ and live performer Joris Voorn has joined an elite group of international DJ's whose musical talent has acquired global appeal. He has performed across Europe, Japan, Hong Kong, China, Singapore, Austsralia, Russia, Brazil, Colombia, Israel, Detroit, Chicago and New York.
Together with friend Edwin Oosterwal the 'Rejected' record label was established at the end of 2006. Their first EP as Rejected featured the two tracks 'SL3' and 'Cliché' and became an instant success and was played out by almost every self-respecting DJ around the globe. With Rejected, Joris is working on a more club oriented contemporary sound instead of deep electronic music excursions.
In mid 2007 their second EP was released, featuring a crossover techhouse track called 'Let's go juno' and a driving minimal track called 'Lost'. Both tracks appealed to a wide audience and established Rejected's name even more.
In 2008 the two key tracks 'Let's go juno' and 'Cliché' were successfully remixed by dutch artists District One and Polder on one EP. 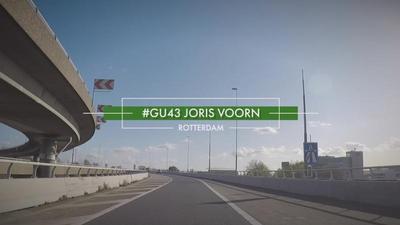 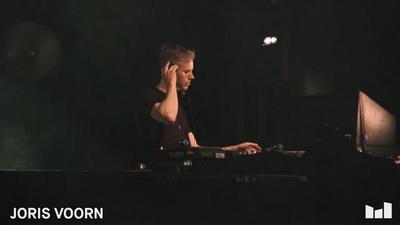