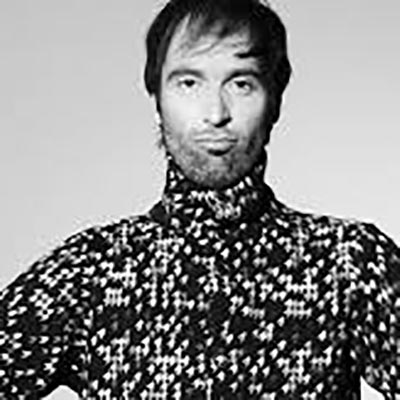 Artist
7 videos
Here today, gone tomorrow. A phrase truly befitting the modern club scene. Because the dance hit of today can quickly become the long forgotten melody of yesterday.
The name of the artist of the moment is permanently blasted on the radio, shown TV and omnipresent in every musically related magazine, in other words, simply everywhere. One starts to wonder: Where does this guy come from? How come I haven`t heard of him before? And first and foremost: Does he even know how to spin a record? All justified inquests, because this so called breakthrough artist must have somewhat of a past, you might suppose. But these Johnny-come-lately frequently can`t differentiate a record from a pizza funghi and their DJ-sets are consequently not really an eye- or ear-opener. The aftereffect: The crowd is disappointed by the self-proclaimed rising star. Expectations and reality don`t correspond one bit.
Then again there are DJs that started playing records way before they set foot in a studio. Handicraftsmen that build their entire career on their unique ability to electrify an audience with their skills behind the turntables. This road is surely longer and harder, but at the same time guarantees a lifelong loyal fan base centered around you.
Peter Cornely aka Karotte, born 1969 in Saarbrücken, is a prime example for such a phenomenon. Over the last two decades the German entertainer has worked himself to the top. Not necessarily as a producer, but as a worldwide revered DJ. Achieving this distinguished position by purely giving 100% each and every night at clubs all around the globe. His unparalleled blend of electronic music surely already separates him from the rest of the field, but his ability to motivate himself to go to the absolute limit all the time, exemplifies his standing as a truly outstanding DJ. His love for music can clearly be heard and seen, no other turntable-wizard lives his set the way Karotte does. His gigs are not just a better option for a wild night out in town, each set is special and an experience in itself. Residencies at numerous discos attest his one-of-a-kind status and value to the electronic scene. U60311 Frankfurt, Stammheim Kassel, Harry Klein Munich and nowadays Cocoon Club Frankfurt are just a few examples of this illustrious list of top notch hot spots. If you would ask one the regular guests of each and every nightery Mr.Cornely has graced throughout his career, which DJ honestly shaped the sound of club, the answer would probably always be the same: Karotte. His open approach to all electronic genres (Minimal, Tech/House, Electro, Breakbeat...) have made him unpredictable and extremely influential to many young musicians out there. But clubs are not the only place where the root vegetable of all DJs can be heard. The radio-show "Karottes Kitchen" on Sunshine Live is more than just your typical "guy playing records all night long" show. Peter invites other befriended colleagues on air and together they discuss groundbreaking issues such as birds, cars and the latest local gossip. His charm and personality are what make the program special and entertaining, it is not just about the music but also about the people who stop by for a short or sometimes longer chit-chat.
Enough of the DJ Karotte, let us talk about the producer Karotte. Over the last few years the Cocoon resident has put the finishing touches on his recent tracks. The renowned artist Gregor Tresher is his latest studio partner. Together they have released "Tronic" and "Storytelling" on Great Stuff Records. Both numbers getting massive support from internationally acclaimed disc jockeys: James Zabiela, Toni Rios, Paul Woolford, Mason, Monika Kruse, Darren Emerson...are all huge fans of their latest output. Peter`s unequalled taste in music clearly reflects in his first Great Stuff 12inch. Eschewing from all contemporary trends and styles, Karottte manages to fill the void between Tech/House, Trance and Acid. But being the workaholic that he is, the long haired mix-master already has the next killer LP up his sleeve. Concurrently to the enormous Mayday this year (of course he is on the bill!), Mr.Cornely is about to unleash his new record. Later in the summer we can even expect a CD mix-series, which will reflect his temporary taste in music.
Here today, here tomorrow, a phrase which perfectly mirrors Karotte`s past, present and future. Event if Peter Cornely should land a number one hit in the dance charts, you would still have to admit that he is a better DJ than the rest of the pack. The prior expectations are surpassed and reality slowly sinks in: Damn, this guy is good! 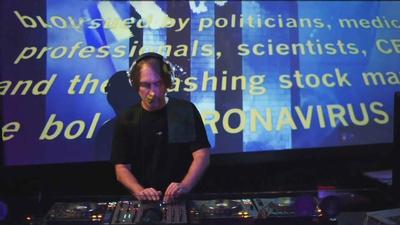 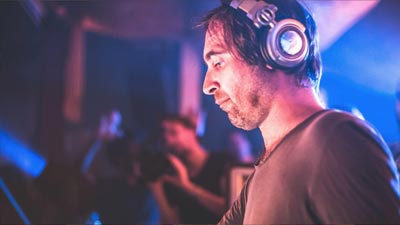 Karotte | A Day At The Park | Amsterdam (Netherlands)