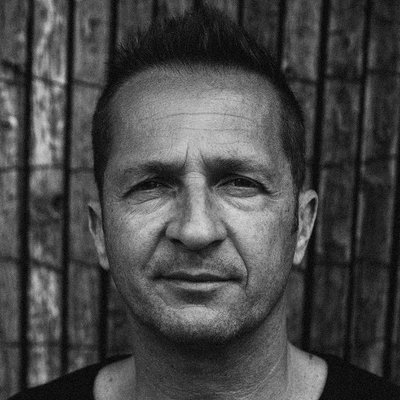 Mauro Picotto is an Italian DJ who began his career in 1984, at the age of eighteen, at a club in Piedmont called Top Sound. Following his studies he devoted himself full time to his passion as a DJ and in 1988 he became a finalist in the Italian DMC. In 1989 he won the Walky Cup Competition, broadcast on TV, which enshrined him as the best Italian DJ.

The same year he devoted much of his time to the production of his first album as R.A.F., and he soon became one of the leading producers at Media Records in Italy, of which he would eventually become a partner.

In the meantime he began to produce himself, releasing massive tracks including Bakerloo Symphony, Iguana and Komodo to name a few, though his fame is mainly due to Lizard, a track that turned into a musical style, receiving awards and accolades from all territories, pushing Mauro to the Olympus of the Top 10 most popular DJs in the world.

In 2001 he began his metamorphosis, leaving Media records and creating Bakerloo and the label Alchemy. His productions would vary in genres from dance to trance, the most sophisticated techno to an evolution of all that is homemade music.

In 2003 Mauro Picotto created Meganite - Electronic Music Lifestyle - a successful club party linked to the best DJs of the moment. For the Meganite events he has had on his side top artists known today as Chris Liebing, Marco Carola and Adam Beyer, all playing alongside Mauro as Meganite resident DJs. Since the very beginning, the selection of artists chosen for Meganite has been of the highest quality for an evening mainly based on innovative electronic music, a cocktail of pure energy and emotion.

Mauro Picotto has released over 600 productions and numerous remixes, and to date he has sold over six million copies worldwide. He has played in best clubs with the most famous Djs, as well as having participated in all the major events, from Love Parade to Creamfields, MTV Festival, Winter Olympics in Turin, Ultra, Time Warp and Awakenings.

Mauro's much anticipated album "2010" was released in 2010 showing his impeccable and unique style for dance music lovers and to celebrate the new adventure with his residency at Space Ibiza for Come Together.

In 2011 Mauro organized his first 2 days Alchemy Music Festival in the Country , in his hometown Cavour and released another great new Album called "TwentyEleven" confirming his musical taste and creativity, always at the top.

Mauro is resident in Italy, and in addition to collecting air miles, he lives between Spain and England where he has family. You can follow him daily on Twitter (MauroPicottoDJ) or Facebook/mauropicottodj. 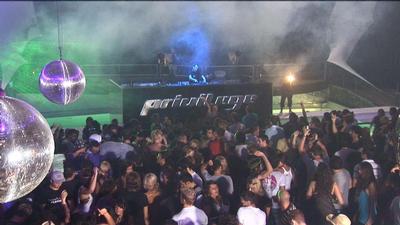