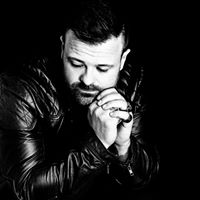 I was 8 years old,” remembers René ‘Noir’ Kristensen, “looking at a poster of Duran Duran outside the Eiffel Tower, and telling my mother that when I was older, I wanted to be a musician, traveling the world like they did.” In the three decades since that day, the softly spoken Dane has achieved all that and more. One of the planet’s most in demand house DJs and the man behind a hugely successful and pioneering label, he’s also the man responsible for one of the decade’s biggest house tracks so far, 2011’s global club smash ‘Around’. The track, a sexy, synthesizer-tinted groove featuring vocalist Hayze, was by far the biggest of Noir’s career to date. Picked up by house giants Defected, it dominated dancefloors across the world for nearly 18 months - and didn’t just catapult Noir to the front rank of producers and DJs but Solomun (whose subtle, sexy remix became the definitive version) as well.

But then Noir’s mission to spread the house music word started early. René was raised in the quiet, close-knit city of Aalborg in Northern Denmark, a town shot through with the peculiarly Scandinavian quality of Janteloven (rule one: “don’t think you’re anything special”). Very much the youngest of three children, his father a smith and his mother a cleaning lady, there was, he says, “no music in the family.” A friend’s big brother, however, had a huge vinyl collection. At 7 years old, when his schoolclass was asked to bring in a tape of their favourite music, René first demonstrated his gift for the unexpected. “All the other kids were bringing in children’s music,” he remembers, “I played Kraftwerk!”

By age 8-10 he was collecting Duran Duran posters and at age 10-12 listening to UK radio stations playing the first wave of acid house, and by 13, like so many European teens, he was a Depeche Mode diehard.
A gifted teenage football player, he had offers from some big local teams, but says he “knew really early that he wanted to create music and express myself.” It was a club called Rendez Vouz that gave him his chance aged 17. “I filled in maybe 5 or 6 times before they asked me to DJ regularly. I told the owner that I would only do it if I could buy all the music for the club and decide the music style.” Soon he was playing three nights a week. As the upper floor DJ, playing “50% house, 50% R&B and hip hop” to the notoriously late arriving, early leaving Danish club crowd, he developed a philosophy of DJing that remains to this day. “The guys that played before me, they played what was given to them via paid promo-service – I bought a lot of music myself to stand out and to push it forward, keep it interesting.” This passion for new music, this wish to give the crowd something unique every time, has never left him: eight out of ten tracks you hear Noir play in any club now has been re-edited by him to fit his sets perfectly.

In 1997 he bought a PC, a Yamaha synth and some Cubase music software. With no experience or musical knowledge (aside from the instinctive sense of ‘what works’ that has guided his whole career) essentially he was starting from ground zero. “I found a guy, Leif Berg Jensen, who taught me to use Cakewalk, and later Reason. He was very technical and I had the flair for arrangement and detail.” The pair made “very electronic, sample based” music, but soon René was looking for a fresh challenge. His next mentor was blues musician Palle Kruse Jensen. “The software I had picked up very quickly but the music stuff came from a lot of questioning. I didn’t know the scales or chords, I judged by mood: ‘why is that happy? Why is that dark?’ It was a long learning curve, sucking all the knowledge I could from these musicians and vocalists.”

A trip to Ibiza in 2004 led to Noir’s first big international tune. Inspired by Nic Fancuilli’s Skylark bootleg of Tears For Fears, and a snatch of a Dire Straits song he heard from a passing car’s stereo on his return home, he constructed the cheeky, ‘Money For Nothing’ sampling ‘My MTV’. It finally came out on Toolroom in March 2006 (by then parts and vocals had been re-recorded), and its success, coupled with that of 2005’s polemic, “All About House Music” gave Noir (“I was looking for melancholic DJ names and DJ Dark or Black sounded really bad! My girlfriend (at the time) suggested I look for something French” like my birthname René) exposure outside Denmark and the confidence to strike out on his own. Giving up his day job at a friend’s gym (“I had convinced them to put a DJ booth in there!”) in 2007 he set up his own label, Noir Music. In 2009 Pirupa & Pigi’s ‘Sweet Devil’, became Noir Music’s first Beatport number one. Since then the label has combined acclaim from DJs and critics (it’s currently the eighth ‘most charted’ label of all time on Resident Advisor) with commercial success; over 180 releases to date (including on sub labels NM2 and Klimaks Records) have garnered too many Beatport top ten hits to count, while the ‘Use Your Ears’ compilation series has consistently showcased the label as one of the best and freshest in house music.

Indeed while Noir maintains that ‘the real kick’ for him is still DJing, thanks to his label (and his bi-monthly podcast), he’s almost as well known for his skills as an A&R / house music tastemaker as he is producer and DJ. Two of this years hottest stars in particular, Hot Since 82 and Finnebassen, first got their break on Noir Music. The team-up with Defected has also proven a great marriage. Not only have the giant UK house label brought ‘Around’ to a wider audience, but a hugely successful, quickfire double header of mix compilations for the label (‘Defected In the House Miami 12’ and ‘Noir In The House’) epitomised the label’s new, forward thinking direction, arguably helping it regain its status as one of the leading house labels on the planet.

And since that day in the classroom, Noir’s success has been based on following his instincts and refusing to do the expected. Six months after ‘Around’, confounding expectations of a copycat, cash-in follow-up, his next track was the dark, deep, ‘Found Out’. It was greeted with a mixture of caution and bafflement by his new fans, but today its one of the tracks he gets requested the most. “When I play it now,” he says, “everybody sings along even though there's not big chorus like the one “Around” has got”

Still based in Aalborg, Noir is now firmly established in the first rank of house DJs with bookings all over the world. Last June he recorded his first Essential Mix for Radio One, and he’s just returned from the BPM festival in Mexico, where one of his original heroes, Kevin Saunderson, played at a Noir Music showcase. And while he continues to live that eight year old kid’s dream as a DJ/musician, next on the musical agenda is ‘Angel’, the first collaboration with Hayze in the three years since the completion of ‘Around’. An early Giorgio Moroder-style bassline, fused with a techno vibe and a heartfelt vocal from Hayze, it might well be an even bigger smash than ‘Around’. Not that Noir is too bothered. “I don’t have a strategy,” he insists. “I just have a passion for sharing the music that I love.” From the classroom, to the DJ booth, to the studio: so far it seems to be working.