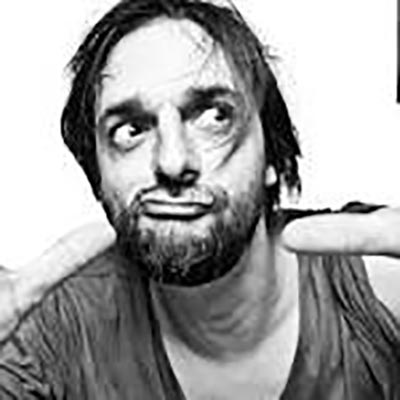 Born in Chile and raised in Germany, Ricardo Villalobos found his love for music at a young age. Growing up he was surrounded by music from his home country. The Villalobos family celebrated the passionate music of Salsa and South American folklore, operas, rock and later, Ricardo’s idols in electronic music.

It was thanks to his father who gave him the exposure to a diverse musical background which still today influences his music. He introduced Ricardo to music from various genres from different cultures. He also signed the young Ricardo up for samba school in Brazil. These opportunities given by his father, allowed for him to become a skilled percussionist with a strong musical knowledge background - later influencing his electronic music creations. When he was older Ricardo began using his diverse musical background along with his natural born talent to experiment in electronic music.

It was in 1988 that Ricardo was given the opportunity to play for the first time in a club. At first, he played his productions using his famous Roland synthesizer, but in the beginning of the 90s, he began upgrading and experimenting with his equipment, turning in the direction of dedicating himself to acid house and early techno sounds. His first production on the label Overdrive was released in 1992. In that same year Ricardo became a famous rebel who was loved by fans in Darmstadt and Frankfurt. His fans still remember the days when he would organize illegal parties in empty buildings or under highway bridges. During this time and environment he was exposed to some big name Frankfurt veterans like Ata and Heiko M/S/O or Roman Flügel and Jörn Elling Wuttke (Alter Ego) from Darmstadt.

The Ongaku crew invited Ricardo to play at the Eclipse Rave in Chile, after his first release on Playhouse; this was the first of his many more visits to his home country. He, along with other musicians like Atom Heart greatly influenced the Chilean house and techno movement. In 1995, the DJ travelled to Ibiza and soon regarded the island as a third home. The Cocoon booking agency signed him after an event he played at a Cocoon event at Amnesia in 1999. Ricardo has played in every continent there is, playing his trend-setting music for other DJs and fans alike. Ricardo Villalobos has an impressive amount of successful tracks under his belt and has explored beyond the borders of the underground music scene. His originality, determination and talent for music is what makes him an outstanding artist in the world of electronic music.

There is a lot lined up in 2018 for the legendary DJ, lineups include the Houghton Festival, Amnesia Party at Pyramid in Ibiza, the Sonus festival, Cocoon Ibiza, Time Warp and the Swiss Festival.