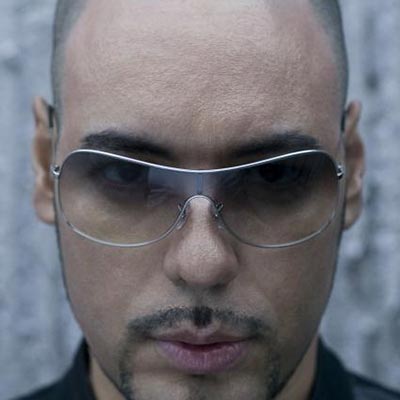 For any DJ and wanna-be producer, “hustle” can be an oft overstated attribute and, yet, for the right person, it’s an underappreciated compliment from those in the know. Hustle is the absolute definition of both the man and the meteoric career of international DJ Roger Sanchez. From a humble beginning in NYC to multi-year residencies in Ibiza; from digging in dusty crates to headlining festival main-stages around the world, Roger is truly a self-made man and and dance music star.

2015 is proving to be one of Roger Sanchez’s most creative and prolific years to date, with the continued success of his S-Man moniker, and the first releases under his own name for some time.

Following the return of his S-Man alter-ego in 2014, the huge ‘Remember Me’ (feat Stealth) as Roger Sanchez , relaunched his Stealth Recordings label, and grew from Pete Tong’s Essential New tune into a global radio and club hit, picking up deals with Ministry Of Sound - Australia, Ego - Italy, We Play - Germany, Blanco Y Negro – Spain, and beyond.

Current remixes for Apres’s ‘Chicago’ (a Buzz Chart No.1 and Radio 1 specialist favourite) and Mystery Skulls feat Brandy & Nile Rodgers, have added to a lengthy, and illustrious mix discography featuring legends like Madonna and George Clinton.

His DJ shows have also gone into overdrive across all five continents, demonstrating a growing hunger for his characteristic take on house music. In the club he mixes up the likes of new stars Dusky and Huxley with the next level, underground gems he sources from labels and producers across the world, crafted with the kind of experience that only comes from two decades of DJing. The same fervent, crate-digging attitude he’s always been known for can also be found on his radio show, where he champions new talent and obscure tracks he picks up on his travels, having first roadtested them in the booth.

His label, UNDR THE RADR, launched in 2014 with his own ‘Dangerous Thoughts’ track (under his S-Man guise), also saw the collaboration ‘Drop The Needle’ with Man Without A Clue & Kevin Knapp. The collaborations with Huxley (‘The Calling’) and Tough Love (‘In The Name Of Love’) followed suit, continuing the theme of exploring new ground that was shown with his ‘Amour’ single for Riva Starr’s Snatch label.

From a humble beginning in NYC to multi-year residencies in Ibiza; from digging in dusty crates to headlining festival main-stages around the world, Roger is truly a self-made man and and dance music star. The crafting of Roger Sanchez, the DJ, started in the late 80s in Corona, Queens, where as a young man he was enticed by the early roots of hip-hop sprouting all over New York. Attending parties by the Bronx River and other jams as a break-dancer and graffiti artist, Sanchez was introduced to DJ’ing through friends, trying his hand in an organic environment where his creativity behind the decks flourished from a few singles into an ambitious catalogue of over two thousand original productions and remixes.

These tracks have not always been under his own name, though. Roger has released music under a slew of monikers, including S-Man, Roger S., The Nu-Solution, Underground Solution, DV8, Ego Trip, El Mariachi, The Funkjunkeez, Tribal Infusion, Twilight, and Transatlantic Soul amongst others. Each new name has allowed him to push his music in unique yet blended directions, allowing him to carve parallel and weaving paths through the tastes of the times while enjoying opportunities to break out of the known.

Anyone who’s DJ’d knows that you have to put in work, both to sharpen your skills and to find those unique cuts that no one else has. Early on, Roger became a dedicated crate digger, searching for obscure samples and break beats in influential NYC record stores like Rock & Soul and Vinylmania.

Formerly a talented student of the arts who attended the Pratt Institute’s School of Architecture, music culture grew to encompass Roger’s life as he began to sell his own mixtapes on the sidewalks of Broadway in order to finance his earliest gigs. With encouragement from his father, an engineer, Roger put his thoughts about a career in architecture on hold and launched himself into music full-time. His first 12-inch, “Dreamworld”, came out on the Outer Limits imprint in 1990 under the name Egotrip. It was around this time, that Sanchez began to take producing seriously as a compliment to his DJ’ing. He soon released “Luv Dancin” for Gladys Pizarro on the iconic Strictly Rhythm records under the name Underground Solution, which led to his first tour.

Roger hasn’t stopped grinding since, using his decades of experience to build enticing remixes for a wide range of artists such as Michael Jackson, The Police, Diana Ross, Jamiroquai, Maroon 5 and even the So-Cal punk-pop outfit, No Doubt, for which he won a Grammy in 2003 for Best Remixed Recording with the song “Hella Good”.

An early pioneer of podcasting, Roger was awarded the first-ever Best Podcast Award at the International Dance Music Awards in 2007. In addition to his bi-weekly podcast, he also hosts a weekly terrestrial and online radio show, which attracts over 10 million listeners across a worldwide audience. The Release Yourself Radio Show is broadcasted in 30 markets on every continent, including countries as diverse as Brazil, Russia, Mexico, the UK, Germany and Australia. In addition to broadcasting, he creates podcasts and mixes from the road, dominating a tour schedule that would exhaust even the most hardened of festival warriors. This man is on a mission to spread the musical word to every corner of the globe. In addition to his tireless touring, broadcasting and producing schedule, Roger has held prominent residencies on the island of Ibiza since the year 2000 at some of the biggest superclubs on The White Isle, including Pacha, Space and Amnesia; after taking a break in 2015 he’ll return there in 2016. With a true international appeal, real fans look to house music leaders like Sanchez to keep music’s honesty at the forefront of their vision. Furthermore, he has carefully assembled celebrated compilation albums under the Release Yourself title every year since 2002, showcasing his own work alongside tunes from both established and new talents.

Ever evolving on his hustle, always pushing himself, and others, to do better, the S-Man sums it up perfectly when he states: “I’m always moving forward, but never losing sight of where I’ve been.”

Roger Sanchez | A Day At The Park | Amsterdam (Netherlands)