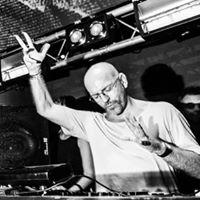 It was in 1981 in Frankfurt where Sven Vath first started. He is to thank for beginning the Techno revolution in Germany, eventually giving birth to Cocoon.

After 15 years of playing his revolutionary gigs at big name parties, the DJ has set new standards in production and has never compromised on what matters to him most, his love for music. He has become known as one of the great successes in modern dance music, attracting an over 80,000 crowd in a 4 month season, with him always being in the front and centre of the perfromance.

Along with Cocoon Ibiza, Vath created a booking agency (now Flash Artist Booking), an event agency (Cocoon Event – spreading across 5 continents and over 30 countries) and a record label (Cocoon Recordings).

At a Sven gig no one knows what is going to happen. His unpredictable performances are the reason why he is so great to watch live. Keeping his books full with over 120 gigs a year, some big some small but you will always see the heart of the man.

In October 2014 there was a 50th birthday party,  in a stunning venue, 12,000 people joined together in Mannheim to celebrate a monumental life and career. In 2015 Sven was honoured by the City of Frankfurt  the “Goethplakette”, given only to those who have made a contribution to the cultural life of the city.

Along with some great collaborations, Sven Vath has continued to explore another passion of his, a new found love for contemporary art. He is sure to throw up surprises over the next few months and years to come, and we would expect nothing less but the best from him.